ARE MOST AMERICANS EDUCABLE OR MERELY TRAINABLE? 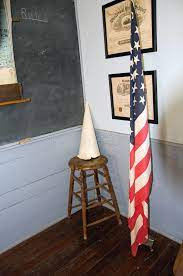 Are most Americans educable? Many evidently THINK that they are. They obviously BELIEVE that proper schooling will resolve a daunting array of problems such as: culturally integrating  immigrants, curtailing drug abuse, and smoking, enhancing national competitiveness, reducing racial injustice, and even curtailing sexually transmitted disease.
No doubt such problems would be eased if Americans were more knowledgable and thought more effectively. But one wonders if their common failure to do so is a consequence of a lack of education. Perhaps the real culprit is a widespread lack of ability.
For education to be effective a majority of citizens must possess sufficient intelligence, maturity and curiosity to benefit. Suppose they don't. Suppose a great many, perhaps most, Americans are not educable, only trainable. Sound too judgmental?  Consider the durability of P.T. Barnum’s observation that “There’s a sucker born every minute.” (Contemporary evidence suggests far more are born per minute than that.) And ponder the lasting appeal of H.L. Mencken’s dictum that “No one ever went broke underestimating the intelligence of the American people.” Perhaps these and similar observations remain current because they are rooted in reality.
I've some experience in this regard. I spent nearly 50 years trying to interest undergraduates in our home planet. I sought to teach them about its origin, its age, its health, its history, its catastrophic events, its weather, its people, and so forth. I used every teaching aid and graphic demonstration I could think of to make these things live. Nevertheless, many "students" responded with open-mouthed indifference. Sometimes the only question at the end of a lesson would be: "Will this be on the test." And remember, the subject at hand was our one and only home. The planet that gave our species birth and sustains our lives. The frequent indifference to these things reminded me of the Chinese proverb: "When a finger points to the stars, the imbecile looks at the finger."
It's true that "you can't cure dumb." But is dumb the only problem? Not really. Yes, fifty percent of the U.S. population is below average in intelligence. And some of that 50% have infiltrated the average undergraduate class — particularly in these days of low applicant numbers and lax admission standards.
But let's not give stupidity too much credit. It is not the only cause, not even the primary cause of "student" ineducability. There are other factors. For instance, the course I taught was a required one. And as Plato explains: "Knowledge which is acquired under compulsion obtains no hold on the mind." I think this was at the root of at least some of the open-mouthed indifference I encountered.  A lot of the students might have been saying to themselves, "They can make me attend, but they can't make me care."
What else might contribute to this indifference? How about immaturity? The Bible says, "Strong meat belongeth to them that are of full age." (Hebrews 5:14.) Lots of kids haven't aged enough, nor are they yet selfless enough, to appreciate much of anything that transcends their focus on themselves. Education truly often is "wasted on the young."
Lack of curiosity is another factor. Curiosity is not measured by IQ tests and some students seem devoid of it. Yet to be educable, as opposed to merely trainable, ya gotta wanna know. Not simply as a means to some other end, but as an end in itself. And it really helps if you're mature enough to have at least begun to appreciate that an intrinsic love of learning marks the difference between living and merely existing.
Why the missing curiosity? What happens to it?  I can think of a few things. One is just being dumb. But there is also being too consumed by fear, or anger, or emotional hunger to focus on anything else. So can being besotted by drugs. Another is simply a lack of readiness. Curiosity will emerge, just not yet. But, whatever the reason, when curiosity is missing, even the best lesson is wasted.
Can we remedy  lack of educability? These steps might help: 1. Rethink compulsory education. 2. Enroll more adults. 3. Recognize the difference between training and education. Training only teaches you make a living. Education teaches you how to carefully consider what makes living worthwhile.
To examine these issues further, see articles at www.newfoundations.com
Posted by boethius at 10:27 AM No comments: