TRUANCY: when it's beneficial 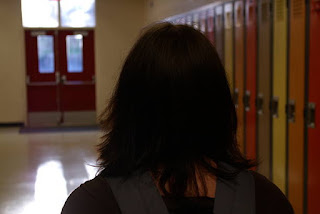 Is truancy a major problem? Sure it is; but for whom?  We'll get to that. First, there is this. A ton of school districts have truancy prevention programs. And a major justification for having them is that truancy breeds social problems. It's asserted, for instance, that 95% of juvenile offenders started as truants. We're also told that truants are more likely to:
Every one of these assertions suffers from the same fatal flaw. Just because two things coincide, does NOT mean that the one causes the other. All juvenile offenders start out as babies, for instance. But does starting life as a baby cause a youngster to become a juvenile offender? Of course not. Correlation is NOT causation.
Why assume that gang membership begins with truancy, for instance? Isn't it far more likely that gang membership fosters truancy?  The same applies to marijuana, alcohol and hard drug use. Sure, truants are more likely to engage in these behaviors. But why assume truancy causes them to do it? Are truants more likely to become pregnant and drop out of school? Sure; but is truancy the cause? As for low self-esteem, low aspirations, and educational failure, isn't it likely that these things provoke truancy, not cause it?  The same applies to illiteracy and serious difficulties reading. Kids with these problems might well be truant out of frustration and shame. As for kids that engage in violence and criminal activities, don't blame truancy, blame poverty, broken homes, violent neighborhoods, the vast economic opportunities created by making certain intoxicants illegal, etc..
This humbuggery about truancy diverts our attention from centrally important questions. First, given the serious problems that unmotivated, hostile, disruptive kids create in school, might it not be better if these troubled kids weren't there?
In fact, might it be wiser to give up on compelling kids to go to school in the first place? Clearly, for many youngsters, it doesn't work.No matter how skillful they are, educators cannot successfully force-feed knowledge to unmotivated, uncooperative, often hostile youngsters. They've gotta wanna1
Deprived of the ability to impose meaningful sanctions, teachers can't even get them to behave properly, much less try to learn. Consequently, such kid's disrupt everyone's learning, threaten everyone's safety, and cause us to waste huge amounts of public money futilely trying to force feed them something they promptly spit out.
Surprisingly, though, we've grown used to kids spitting on expensive educational opportunities that you and I provide. And, as a bonus, destroying these opportunities for others. This is so commonplace in some schools that the whole enterprise has become a tragic farce. Let's put this in broader perspective. The average cost of educating the average child in U.S. public schools currently totals $163,000.00. Now imagine giving a child a gift costing that much, having them spit on it in contempt, often ruin other's gift as well, and keep on buying that gift for them anyway. That, in effect, is what we're doing. Is that wise? Should we keep doing it, or consider alternatives?
Some folks worry that if we abandon compulsory education, dangerous kids will be roaming the streets and threatening the peace. That's probably true. Although a lot of disruptive and potentially dangerous kids aren't in school to begin with — especially when the weather is nice. But here's the central question: Since when is it the school's job to conduct part-time incarceration in order to protect the community from potentially disruptive, even dangerous, youngsters? Isn't it a school's job to educate, not incarcerate? And when are we going to realize that when educators are forced to try to do both, they often fail to do either?
Let's take a fresh look at this situation and ask why we continue to spend billions of dollars every year struggling to force-feed knowledge to kids who not only resist and resent it, but also prevent classmates from learning. Do such children present a problem? Of course they do, both for themselves and the rest of us. But after years and years of obvious futility, shouldn't we at least ask ourselves if such youngsters are properly the public school's problem?
Oh, and by the way, while we're at it, we might also ask what is it about America that creates so many angry, resentful, uncooperative, depressed and dangerous children to begin with?
Posted by boethius at 2:48 PM