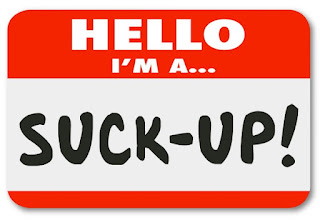 Once upon a time I was an assistant professor aspiring to become an associate. As such I had to prove that my teaching, publications and service were exemplary.

My "course evaluations" were good. (Actually they were my customer satisfaction ratings. But it's far too honest to call them that.) My publications also met muster. My problem was "service." Why was that? Well, in this institution service was largely defined as serving on college committees. And despite my annually, even eagerly, volunteering for whatever committee slots were available, I never achieved appointment to a single one. I knew that some faculty got committee assignments even when they didn't fill out the requisite form specifying their areas of interest. I filled it out carefully, but still got no assignments.

Realizing this would sink my prospects for promotion, I decided to find out what was going on. Committee assignments were made by (get ready for this) the faculty "Committee on Committees." This august body consisted mostly of old boy faculty, many of them alums, and a committee chair who distinguished herself by her knee crooking servility to the Roman Catholic order that owned and ran the place.

I requested an appointment with this chair of the Committee on Committee to find out what was going on. I was no mood to genuflect. So I simply pointed out to her that I had repeatedly volunteered for any available committee assignment and got nowhere. Others. even those who were seemingly indifferent, got one committee assignment after another. What, I asked, was going on?

Her reply?. I had been adjudged "insufficiently sensitive to administrative intent."

How to respond to that? I'm not recommending it, but here's what I did. I reminded this academic weather vain that my promotion was at stake. I told her that I had kept a careful record of all my futile efforts to volunteer. Then I indicated that if I failed to get promoted because of any alleged "lack of service," she and the other committee members would hear from my attorney.

I never again had any trouble getting committee assignments, even though I continued to do my best to remain insensitive to administrative intent. As a matter of fact I was appointed to key ones. Promotion followed in due course.

Care to guess what became of this chair of the Committee on Committees? Want to wager on her future? Well it wasn't long before she was appointed, perhaps I should say "anointed," Dean of Arts and Sciences. Once in this exalted office, she continued to utilize her finely-tuned sensitivity to appraise the intent of more senior staff. Often the consequences of her appearsal disadvantaged the very faculty she supposedly represented. Before her rise to power this gal was a professor of English, not meteorology. Nevertheless, she always knew which way the wind blew.

What can be learned from this story? That course evaluations actually measure customer satisfaction? That there is a irreconcilable, though unmentionable, tension between the interests of the administration and the faculty? That too many faculty are natural-born lick-spittles? That some of them care not a wit about their colleagues? Sure, all of the above. But every one of these truths is evident to anyone who actually deserves being called “professor.“

Then what else can we learn from this tale? That there are covert academic realities that are just like the missing genitalia on censored human anatomical illustrations. Genitalia are obviously critical components of the human anatomy. But they still get “disappeared.” And even mentioning their absence is risky.

However, joining in the pretense that academia is what it claims to be, can sometimes be exactly the wrong thing to do. There are times when it's far better to walk up to the academic equivalent of one of those censored anatomical illustration, point to the blank crotch area and boldly ask, “What the hell is happening here?”

But when should one do that? Whenever you have more to lose if you keep pretending you don't notice. Pulling the sheet from these covert realities produces a sobering effect on academic power holders. At the very least, it causes them to stop and reflect before messing with you further. But remember, breaking the silence will forever change your status both with the power holders and your colleagues. Neither will ever view you, or treat you, in the same way again.