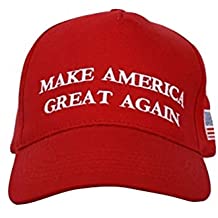 Many of today's colleges feature strident demonstrations of "woke" self-righteousness. Holier-than-thou faculty demand speakers be canceled and fellow professors fired should any of them harbor an opinion different from theirs. Censorious students often inspire or join in these inquisitions. And craven administrators sometimes cave in to this intolerable intolerance.

It's hard to imagine more repulsive academic behavior. "Stupid" also applies. Particularly if these zealots teach at, or attend, a public college of university. Why? Their intolerance further undermines public funding given already shaky public confidence in higher education.

These days attacks on higher education pay big political dividends, particularly if you're a MAGA politician. The Pew Foundation found that two-thirds of today's Republicans already have only “some” or “little” confidence in colleges as institutions. Indeed a lot of them have come to believe that higher education is little more than “woke” indoctrination.  Today's"woke" shenanigans simply feed this monster.

Republican led defunding has already been devastating the aspirations of lower income kids who want to go to college. It's getting less and less affordable. In 1958 I, for one, was able to go to college because government funding covered, on average, 75% of public higher ed costs. Now, after more than 60 years of paring down, average public funding is 25%. .

We can thank Ronald Reagan for modeling this tactic and demonstrating it really pays off in votes. As Governor of California, Reagan ended free higher ed tuition for California residents; annually demanded 20% across the board cuts in higher education funding; repeatedly slashed college construction funds for state campuses, and imperiously declared that the state “should not subsidize intellectual curiosity.” (Something largely absent in Reagan himself.)

And, while he was at it, Reagan, and Republican legislators, slashed funding for California’s basic education. These cuts ultimately resulted in overcrowded classrooms, deteriorating schools, more poorly paid teachers and, of course, increased local taxes. Nevertheless, Gov. Reagan was reelected despite the fact that California's public education system has never fully recovered from his despoliation.

When he was governor. Reagan took particularly advantage of the anti-Vietnam war movement by vitriolicaly denouncing student peace protests. Whenever these students demanded an end to this ill-conceived adventure, much less had the audacity to protest the possibility of being dragooned into it, Reagan was scathing in his criticism. He called them: “brats,” “freaks,” and  “cowardly fascists.’ (Reagan, himself, spent his war, WW 2, safe in Hollywood making Army propaganda films.)

Gov. Reagan was even more severe when it came to the campus disorder that student peace protests generated. He publicly proclaimed, “… if it takes a blood bath, let’s get it over with. No more appeasement!”  A few days later 4 kids were shot to death and nine others wounded with one paralyzed, when Ohio National Guardsmen spontaneously opened fire during an anti-war protest on Kent State University’s campus. (A number of the murdered kids were simply on their way to or from class.) No one has ever been indicted, much less convicted, of these homicides. A Reagan spokesman hastily assured the public that the governor’s "blood bath" comment in no wise provoked the shootings.

In summary, when Ronald Reagan became governor, California’s basic and higher educational systems were both the nation’s best. When he left, they weren’t, and haven't been since.

Subsequently, in his two terms as U. S. President, 1981 to 1989,  Reagan continued his now time-proven tactic of criticizing educators and budget slashing public education budgets. His administration's bloviating spokesman for this effort was Secretary of Education, William Bennet whose "accomplishments" require a blog of its own. President Reagan's congress also slashed federal spending on every kind of education. In fact at Reagan's urging they cut that federal spending on education in half. When he entered office, federal funds paid 12% of the nation’s public schooling bills. When he left they were paying just 6%. (It's still just 7%.)

Sure, the Republican campaign against public education exploits America's historic distrust of learning and the learned. But the current extremism of the most strident “woke” creates an unprecedented opportunity for right wing politicians to enact more censorious legislation, foster know-nothing parent's distrust of their kid's teachers, further cut financial support for “government schools, and so forth.” For some of these politicos the final goal — besides being reelected, of course — must be total privatization of public education. After all, in 2022 government funding for K-12 schooling alone tops half a trillion dollars. And what self-respecting champion of free enterprise wouldn’t want to bulldoze that enormous mountain of cash every year into the private sector?

“Woke” extremists doubtless see themselves as righteous campaigners for all that’s holy. Knights errant in a irreproachable crusade for justice. And there's no question that many of the injustices they seek to cure are real. But Trump style demagogues are hoping and praying that these zealots just keep on overdoing what they’re overdoing. The opportunities this creates for these right wind rabble rousers are priceless.
Posted by boethius at 7:41 AM