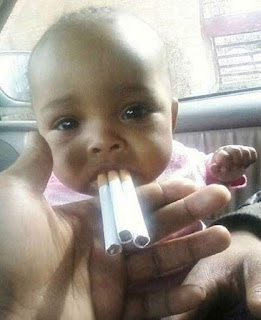 Remember when Democrat Terry McAuliffe was competing with Republican Glenn Youngkin in the tightly contested Virginia gubernatorial race? They were facing off in a final televised debate, and were discussing school curricula and library books related to race, gender identity and sexuality when Youngkin charged that school systems were “refusing to engage with parents.” That's when McAuliffe made the mistake of countering “I don’t think parents should be telling schools what they should teach.” That might well have cost her the election.

Should parents be "telling schools what to teach?" That certainly depends on whether parents can be relied upon to make wise pedagogical decisions. So let's recollect what it takes to become a parent. The qualifications are, to be charitable, very minimal. And this lax selection process leads to a goodly number of parents who are unqualified to decide much of anything. There are an abundance of ignorant, stupid, closed minded, fanatical, bigoted, dogmatic, and just plain incompetent parents. So it's pure fantasy to expect these kinds of parents to make reasonable, or responsible, decisions concerning what their kids are taught.
Moreover, from a practical point of view, when such parents make a decision, let's say it's to rule out the teaching of evolution in biology class, their choice won't just limit what is taught to their children, but to every child in the class. Why? Because it is a practical impossibility to individualize each child's instruction in the factory-like setting that is our public schools.
Let's also ask if we should entrust individuals who can barely read with deciding what schools teach? Is that relevant? A Gallup analysis of data from the U.S. Department of Education reveals that about 130 million adults in the U. S. have low literacy skills. More than half of Americans between the ages of 16 and 74 (54%) read below the equivalent of a sixth-grade level. Many parents actually are borderline illiterate. Shall we entrust such individuals with deciding what is taught in school? That seems hard to defend.
Let's also remember that for children from dysfunctional families school is often a refuge. And the very last thing these children want or need is to give their deplorable parents a bigger role in the life of the school. What these particular kids actually need is for their biological parents to have less of a role in their life. That's why every two minutes in the United States, a child is removed from their family and placed in foster care.
Besides, parents already do have a significant say regarding what schools teach. That's because our public schools are the most democratically and locally controlled arm of government there is - bar none. The vast majority of our 13,000 plus school districts are run by locally elected boards. So every parent has some say at the most local level. They can even run for school board should they so choose. (Though let's nor forget that a lot of parents don't even bother to show up on meet the teacher nights.)
Public schools are governed in this hyper democratic way to try to balance a myriad different, often competing, parental priorities, try to balance various non-parental concerns, and also shelter educational policy from the most irresponsible extremism. With all it's faults, this system works pretty well. And one reason it does so is that parents have always been included, though not allowed to totally dominate, the process.
After all, public schooling has never had a direct parental controlling intent to begin with. From it's inception, public education has always been about ameliorating parental upbringing in order to insure each youngster's socialization is not only parentally acceptable, but acceptable to the rest of us. If, for example, Mom and Dad are Qanon wack jobs, that's their business. But if their kids can only view the world through Qanon eyes, that's our business. After all, the rest of us have to live with the consequences of such distorted vision.
I can't imagine any candidate being unaware of the practical impossibility of every parent setting their individual youngster's school curriculum, readings, and so forth. And, unless they are a complete jackass, every politician also knows parents shouldn't have the only say. But promising to achieve what's impossible still might get them elected. It certainly helped Glenn Youngkin.
Enough said.
-- GKC ------